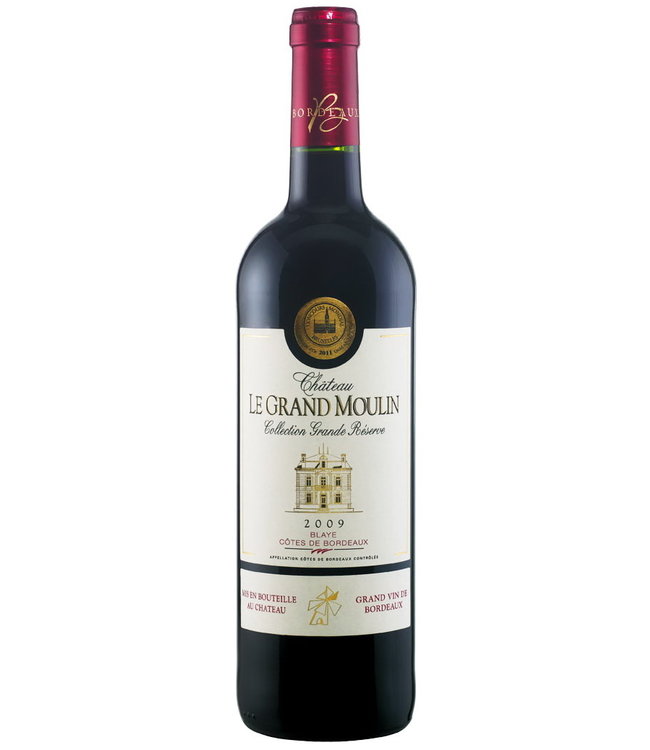 The history of Château Le Grand Moulin and its wine goes back to the beginning of the last century and mingles with that of a family whose own history has developed along variations around a theme: the land. Château le Grand Moulin’s life is a bit like the unfurling of a work of art which improves with each spectator’s interpretation.

Created in 1904, the property was first called Domaine du Grand Moulin and was associated with Gabriel BRUNETEAU, a wine producer who also had a small wine merchant activity. The business subsequently looked towards mixed farming as it passed down through generations.

Today the business is still managed today by the same family, whose passion for wine has not belied over successive generations. Quite the contrary! In the eighties, thanks to the determination of Jean-François REAUD to use the state for its original purpose: vine growing. Since, the vine-growing estate has grown from 7 to 40 hectares, after regrouping land, and now produces around 250,000 bottles a year. Jean-François REAUD and his wife manage the business with the help of their daughter, Carole, as well as their associates.