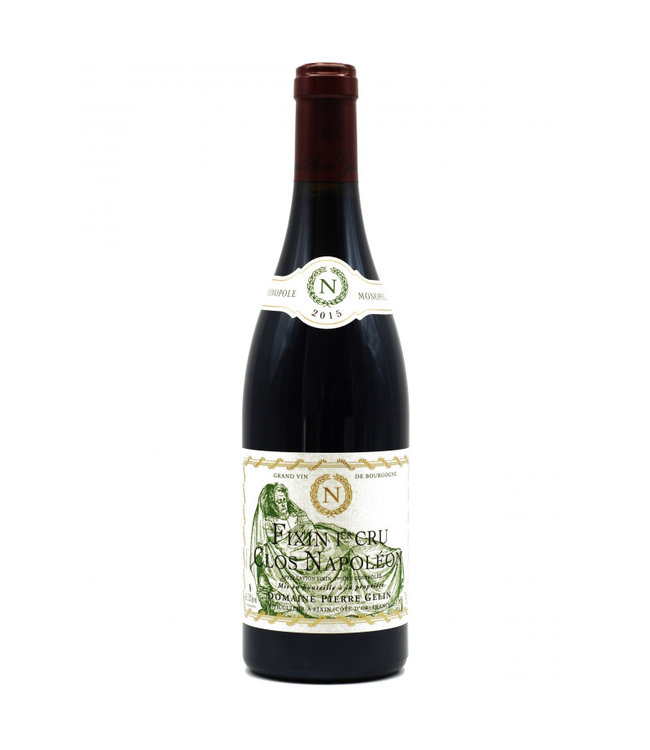 The nose reveals notes of cherry, spices, raspberry with a mineral side Read more..

The property created in 1925 by Pierre Gelin has been operated by Stéphen Gelin since 1969 and his son Pierre-Emmanuel who takes over, the latter pays particular attention to the farming method, reasoned wrestling is applied, the vines are ploughed. The fertilizers used, if any, are natural (organically grown manure).

In order to obtain grapes of optimal quality and maturity, the estate makes a very selective pruning, and a stripping (manual) is practiced. Concerned about the environment, the estate collects rainwater for the washing of tractors and has installed a "phytobac" for the treatment of water to rinse sulphate equipment. The winery is also equipped with a scraper and bud, so no wine effluent is released into the public network.

Winemaking is traditional while evolving with the aim of always improving the quality, the wines are aged in oak barrels, with a percentage of new barrels varying according to the Crus and vintages for a light woody touch, for 20 to 22 months. The wines are then bottled at the property and are only sold after a year or two of storage in the cellars.

The Clos Napoleon, a plot formerly registered "Aux Cheuzots" owes its name to Claude Noisot (Officer of the Imperial Guard) who owned it. C.Noisot, who accompanied Napoleon to the island of Elba, eager to pay tribute to his emperor, commissioned a statue erected in Noisot Park from the Dijon sculptor Rude. The label of Clos Napoleon is a reproduction of this sculpture " The Awakening of Napoleon".

This Monopoly is a beautiful dense red. The nose reveals notes of cherry, spices, raspberry with a mineral side. The attack is powerful and fresh. The mouth has a beautiful material with fine and silky tannins. The finish gives us a huge length on notes of sweet spices and truffles. A great Burgundy wine!

The nose reveals notes of cherry, spices, raspberry with a mineral side