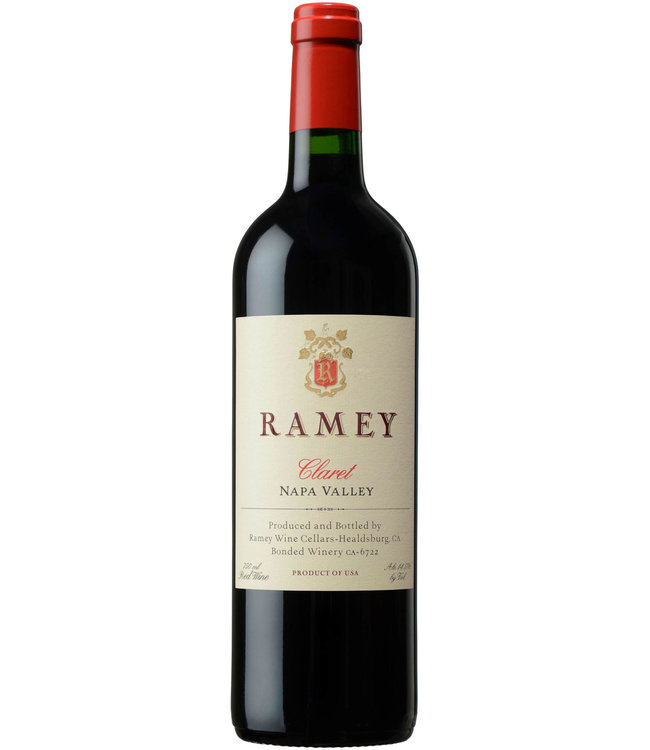 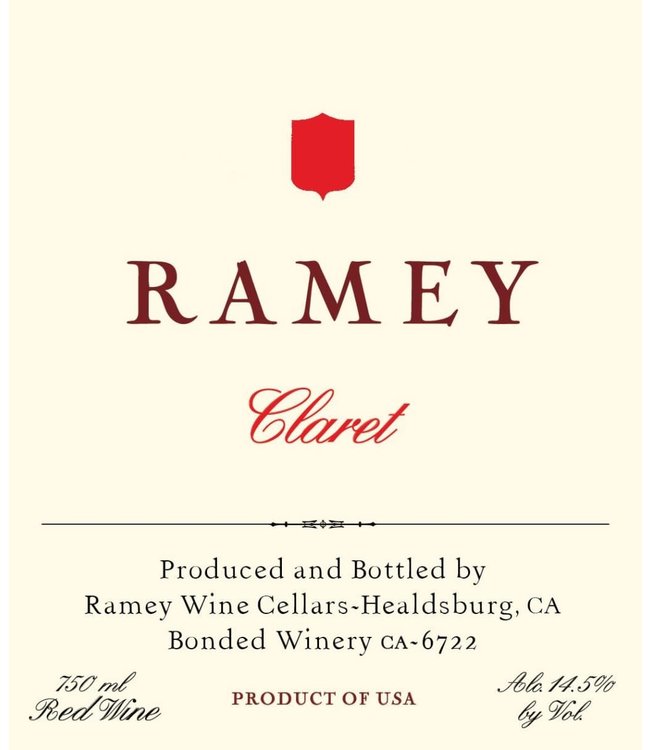 This soft, easy-drinking Cabernet is a good introduction to the vintage, and while it will improve over the course of three to eight years, it is not a wine intended for long-term cellaring.

Winter 2015 was the warmest on record, resulting in early budbreak. Cooler, wetter weather in spring months slowed development, however, leading to a challenging, extended bloom period. The resulting uneven fruit set translated to a small crop and smaller berries with very concentrated flavors. Weather throughout the summer growing season was consistently warm, bringing on a very early harvest.

Ramey's Claret follows the Bordelaise model of blending different Bordeaux varietals. Malolactic fermentation is completed in barrel, and the blend is assembled early so it is “elevated” as the finished wine.

The 2015 Claret rested on its lees twelve months in French & American oak barrels, only 7% new, with monthly bâtonnage to coat the tannins, producing a luscious, cushioned mouthfeel.  This wine was lightly fined with egg whites and bottled without filtration in February 2017.

92 Jeb Dunnick
Moving to the reds, the 2015 Claret checks in as a blend of 68% Cabernet Sauvignon, 18% Merlot, 6% Syrah, and the rest Malbec and Petit Verdot all aged in 10-15% new French oak. Lots of blackcurrants, olive, peppery herbs, and cedar notes emerge from this medium-bodied, elegant Bordeaux blend that has loads to love. Drink it over the coming decade.

89 Lisa Perrotti-Brown MW, The Wine Advocate
Medium garnet-purple colored, the 2015 Claret offers notes of blackberries, kirsch and red currants with hints of earth and dried herbs. The medium to full-bodied palate is plush, velvety and open for business, with some baking spice notes coming through on the finish.