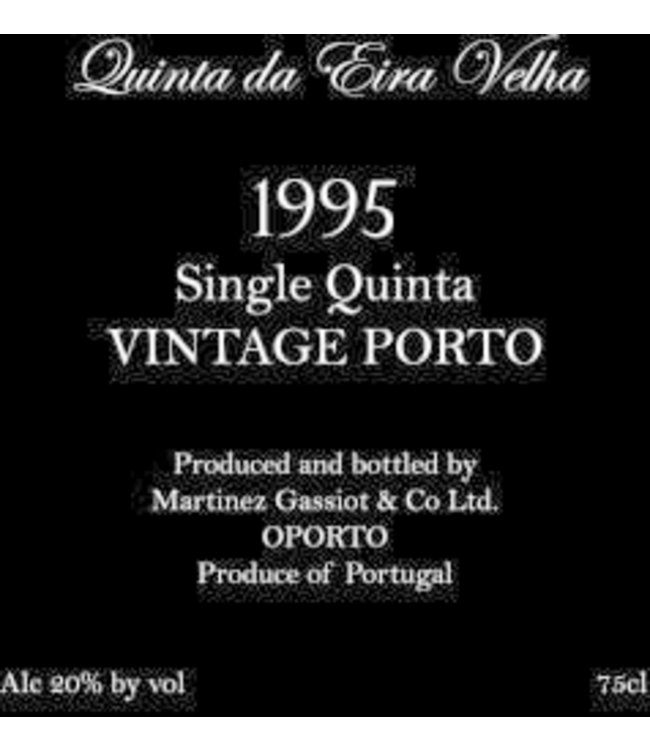 92 pts. Showing some garnet at the rim, this is mature and open with... Read more..

Martinez was founded in 1797 in London by D. Sebastian Gonzales Martinez, a Spaniard who sold cigars, cherry and Port, Jonh Peter Gassiot join the firm in 1822. It was not until 1834 that the company took a lodge in Vila Nova de Gaia. For more than a century the house focused on bulk sales to clients in the U.K. who then bottled the wines under their own names.

Martinez Gassiot goes almost unnoticed in the Vintage Port circles, but the house often makes outstanding Ports that equal on better those of its sister house, Cockburn's Smithes.

Prodution of Martinez Vintage Port is limited, with only about 3.000 cases made in a declaration. Martinez include only one single quinta called Eira Velha, located west of Pinhão Valley, Eira Velha encompasses about 120 acres, with a 65 under vine.

92 Wine Spectator (11/29/05)
Showing some garnet at the rim, this is mature and open with blueberry, bramble, briar, plum and spice flavors. Fresh and easy on the finish, with chocolate, dried blueberry and toast hints. At peak, should hold here for another 3-5 years.

92 pts. Showing some garnet at the rim, this is mature and open with...